Most years for our family summer vacation we make our way out to see my parents in beautiful Hope, British Columbia.  They have a gorgeous spot directly on Kawkawa Lake with about 60 feet of beachfront.  Their place comes complete with a second floor deck that spans the entire width of the home.  Surrounded by a glass railing this West facing deck offers a stunning view of the lake.  At the far South side of the deck before you get to the stairs that lead down to the grass, their is a large 8 man (woman) hottub.  Just perfect for warming up on those sometimes cool days after a hard day of skiing, wakeboarding, kneeboarding or tubing.  Dad has a 19 foot SeaRay with a 115 HP outboard that isn’t exactly a $90,000 competition ski boat like some on the lake, but it gets us around just fine.  Add a few other amenities such as a Kayak, a canoe and a 12′ aluminum fishing boat and you have a recipe for a whole lot of summer fun.

As we typically also take a nice winter vacation, I will usually come down to BC for one week with my family and then fly home leaving them to enjoy the lake for a second week.  My brother will typically fly in for week two and drive home with Christine and the kids at the end of the second week.  This gives me a little time to catch up on some work, a little R & R and gives the kids some more time with Grandma and Grandpa.  It usually works out fairly well.

This year however I was caught a little off guard when I got a phone call from Christine at about 9:30pm.  I answered the phone and she said hello, I asked how she was doing, her response… “Not so well, we just got hit by a boat’.  My mind instantly goes to some horrible accident that involved the kids, so I start walking toward the door thinking I am hopping on a plane and headed back to Vancouver for a hospital visit.  My stomach was in knots and I felt like I was going to vomit.  I ask if everyone is OK and she quickly reassures me that everyone is physically OK, but that Christopher, our 10 year old, is pretty shaken up and would like to talk to me.  So without giving much in the way of details so she doesn’t exacerbate the issue.  She explains that they were out for an evening tour in the fishing boat when they were hit by one of those fancy competition ski boats that I mentioned earlier. She then puts Christopher on the line and I say “Hey buddy, how are you” like I normally do.  He replies with a “Not so good” in the saddest little voice I think I have ever heard from him.  My heart is breaking.  I ask if he wants to talk about it and he says ‘no’ so I try and change the subject and ask about his day.  We get our usual banter done and he asks if I would like to speak to Mikaela.  I say of course and tell him how much I love him and say goodnight.  Mikaela picks up the phone and fortunately she sounds much more perky than Christopher did.  The incident didn’t seem to phase her nearly as much and she tells me about the rest of her day.  I say Love you and goodnight to her and get back on with my wife.  The kids are still within earshot so I only get a watered down version of the story still.  We discuss what actions should be taken with respect to the boat driver and whether the incident needs to be reported or not.  We agree that we’ll sleep on it and discuss later.

So it is not until Saturday when I talk to my brother that I get the whole story and the full extent of the jeopardy some asshole put my family in.  Turns out Chrisine (my wife), Darryl(my brother) and my two kids (Christopher 10, Mikaela 8) were out in the fishing boat exploring the lake.  The boat has a little 9.9 HP motor on it as well as a small electric motor.  They looked up to see this bright orange ski boat approaching and heading directly for them but still 3 or 4 hundred yards away.  Lots of time for the driver to alter course.  Time marches on and no alteration in course.  Darryl stands up and starts waving his arms.  No change in course.  He’s in disbelief, the boat is relatively full surely someone must see them.  Christine stands up and starts yelling and waving as well.  Still no change in course and now no time to time to try and motor out of the way.  Christine makes the last second call, grabs the kids and yells jump.  They do and the ski boat instantly mows down the small aluminum craft.  Fortunately everyone on board jumped clear just in the knick of time.  Unfortunately the yahoo driving the boat is shocked out of watching his wake surfer and back to focus on driving his boat, and decides that he better slam the boat in reverse.  He backs right over Darryl who is holding onto the swim platform being pushed backwards by the boat frantically waiting for the V-drive boats propeller to hit his feet as they get sucked underneath.  Luckily this doesn’t happen and Darryl lets go and gets pushed directly under the boat only to pop up on the other side.  Thank God.  Disaster averted.  Everyone is fine if not a little shaken up.  A nearby boater who watched the whole incident unfold in disbelief comes and pulls them all out of the water and ferries then safely back to the house.

A police report is being filed and the drivers family will of course pay for all the damages but it is amazing to think that if that had gone slightly differently I could have lost everything I love in this world in the blink of an eye. 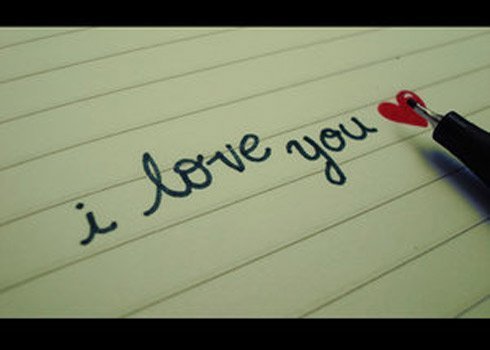